Platinum Hip Hop presents Emerging Hip–Hop artist, V.A.I.N. did not miss a beat as he grew up with the intimate musical influences of his parents, who were both members of bands back in the 80’s. V.A.I.N. recalls as a kid, his mother would make him perform Slick Rick songs at all family functions. After graduating high school in Queens, New York where V.A.I.N. was born and raised, he began working full time while continuing to aggressively pursue his music career. 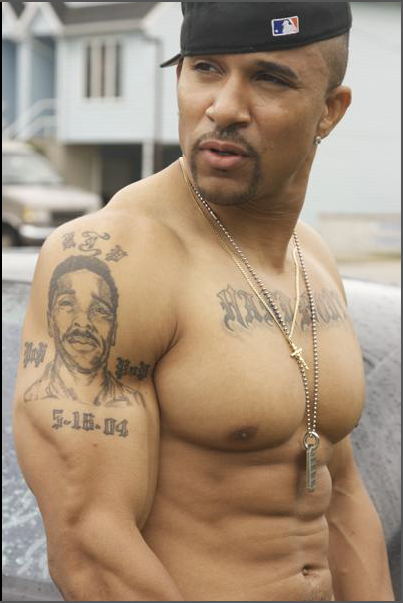 In 2004, V.A.I.N’s father passed away and due to the loss, he channeled and refocused his energy into his music and has since been aggressively pursuing his musical career. Inspired heavily by Hip-Hop music of the late 80’s and 90’s, V.A.I.N. admires artists such as NAS, Mobb Deep, Nature, and A Tribe Called Quest. In order to master his craft as a well-rounded artist, V.A.I.N. extensively immersed himself into developing his craft by listening to diverse records and pushing the envelope as an innovative writer. V.A.I.N. has mastered the lyrical balance of lethal fierce word play, witty social commentary, and poetic story telling. As he recollects, “eventually, I got nice and my first record touched radio in 2005. It was a joint called, ’Toss Da Paper’.” Describing his own
musical style, V.A.I.N. stated, “I believe I come from an educated yet street point of view, where I’m giving people insight into life.

What I desire to accomplish through my music is to educate, inspire as well as entertain. I think I write from the heart first and then the mind. There is nothing in the entire world quite like performing and I simply can’t get enough of the euphoric musical high!” It is perfectly summarized in V.A.I.N’s favorite quote, “music is an audio vibration of a person’s soul. ” V.A.I.N has opened for Hip-Hop artists including DMX, Fabolous, Foxy Brown, Corrupt and the Clips. He has worked with some of Hip-Hop’s most sought after producers including Teflon, P.F.Cuttin, Terrence Dudley, Jelly Roll and Fingers.