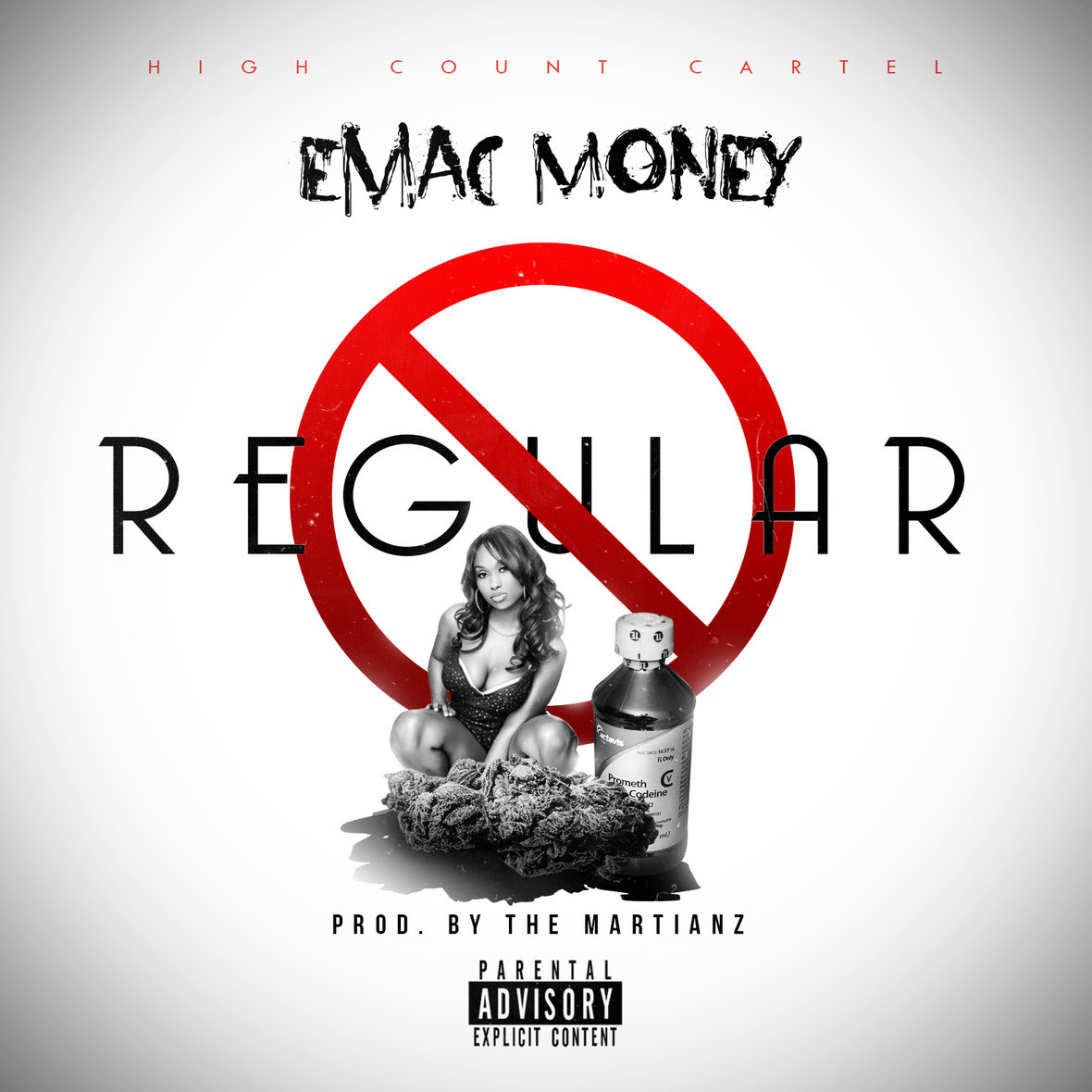 High County Cartel in association with Team Watch Me Work presents Emac Money “Regular” Produced by The Martianz. Emac Money was born in Brooklyn, NY then later, along with his family,moved south to Miami, Florida. Throughout his teens, Emac moved throughout the state of Florida from Miami to Avon Park. Besides being a hustler in the streets, he found a new hobby within Hip Hop.

With his free time, he began to attend studio sessions and have rap battles among his peers. Practicing paid off majorly and he took his craft seriously. Emac passion for Hip Hop grew into a unique sound. He dropped his first mixtape, “Deaf 2 My Enemies” with DJ Smallz hosting it.

Emac Money has released music videos for the songs “All I See”, “Blowing Money” (feat. Wankaego), and single “The Come Up”. His most popular release was the single “Booty Talk” featuring Tyga of YMCMB which received heavy radio rotation and racked up hundreds of thousands of views and downloads on the internet.

Take a listen to his banga, and tell us what you think. Make sure you follow Emac Money on his social networks.