All facets of the hip-hop culture have seemingly been compromised, commercialized, processed and controlled. The essence of hip-hop has been diluted for downloads, likes and shares and the listener is in acceptance of mumble raps and nursery rhymes.
In steps Monsta Kodi. Straight out of the Bronx, from the same area as Afrikka Bambaata, he has always had a window seat to the bubbling culture of hip-hop. Haffen Park was the start of Monsta Kodi’s relationship with hip-hop and the streets. From the fact that the same person that shot DJ Scott La Rock also shot Monsta Kodi’s brother in an attempt to steal his leather bomber, to riding shotgun with Puffy’s infamous bodyguard Anthony “Wolf” Jones and having a back stage view to the beginnings of Bad Boy – these are all the makings of a Monsta. 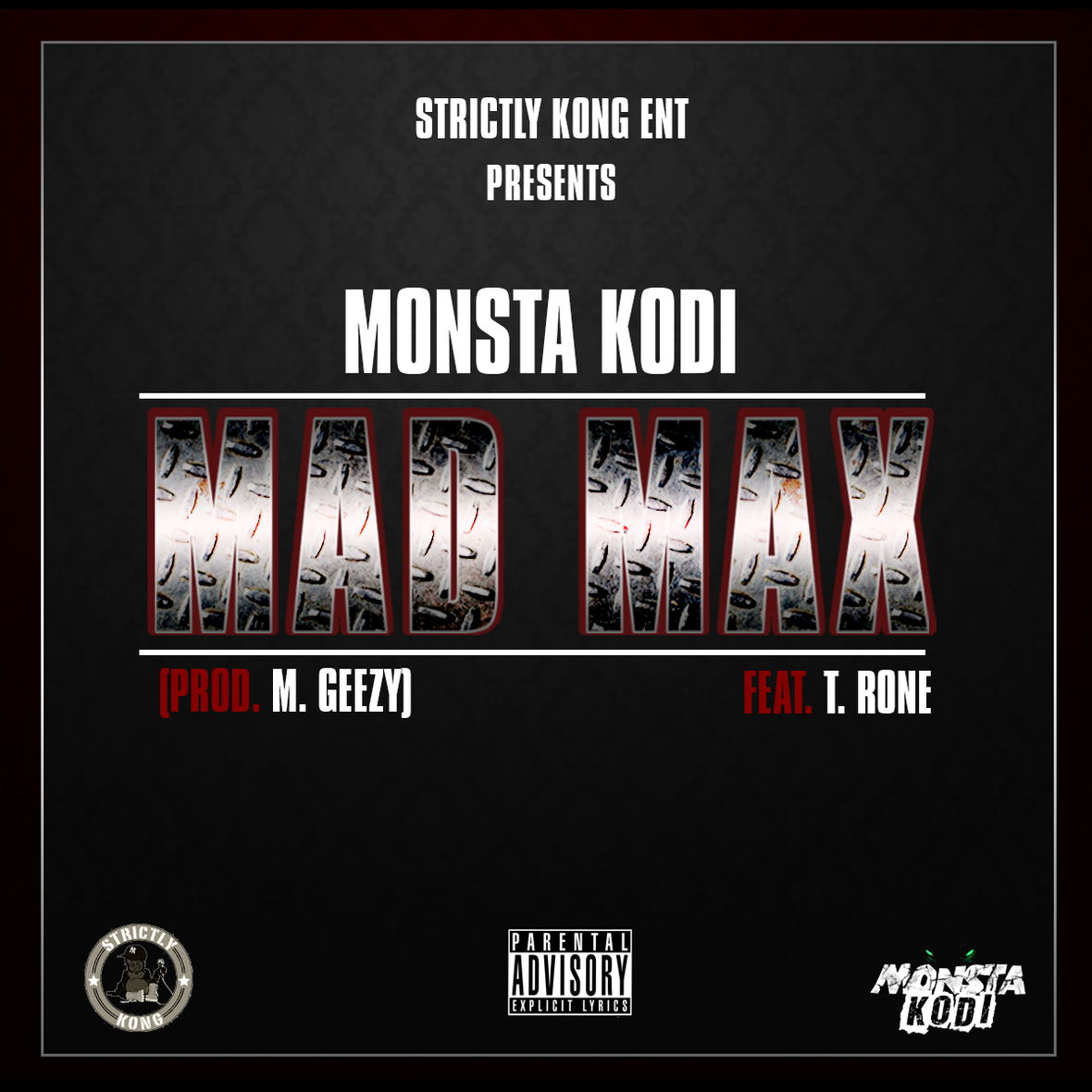 Born to Jamaican immigrants in Harlem Hospital, raised in a multicultural northeast Bronx neighborhood Kool G. Rap’s gritty bars on classic tracks like Road to the Riches and KRS-One’s Criminal Minded were the soundtrack to Monsta Kodi’s journey. Monsta Kodi describes himself as the Eldridge Cleaver of hip-hop because his rebellious spirit that was bred in the 90’s. It is that same rebellious spirit that fuels his refusal to make the type of music that is currently being pumped through the airwaves, on the television screens and streamed.
The “New York” sound is readily missing, as the radio station playlist dictates that Southern or West Coast club music is the platform. Monsta Kodi is the boom-bap reincarnated, he is vinyl in digital world standing out among the cookie cutter music served like fast food to the masses. Monsta Kodi acknowledges that hip-hop once was the true voice of the common man, the people, but now the messages in the music have become the voice of the lost.
“I really want to bring that “realness” back to hip-hop. Our voice, that is how we paint the pictures of our struggles and our life. Nowadays rappers are saying anything, making up anything and calling it real but are not being held accountable.”
Monsta Kodi is hip-hop like the sheepskins and leather goose bombers that were popular during Whitestone Theater’s heyday. But as a third-grader, the flip side of life with hip-hop really struck home.
“I was in third grade, it was about ten o’clock, I was in my long johns and all when there was a knock at the door. My sister opened the door and it was my brother. He walked in and called for his mother while checking himself out in the mirror. I remember him lifting up his shirt and seeing a lot of holes and a powder burns from multiple gunshots. They were trying to steal his leather bomber. It wasn’t long before the shooters were tracked down. There were known for “hunting” in the Bronx.”
One has to have some monsta in them just to survive in the Bronx and one the most respected monstas in Bronx was his mentor. Anthony “Wolf” Jones was Sean “Puffy” Combs’ bodyguard and earned a ironclad reputation as one not to be played with. Wolf took Monsta Kodi under his wing and gave him ringside seats to the beginnings of the Bad Boy Empire during a golden age in hip-hop music.

Even though he was just a teen, he was rolling city to city and state to state with Wolf and Bad Boy. It wasn’t long before they were setting up the after parties following the concerts and earning his way on the road. Living in the moment, Monsta Kodi was around Biggie and the Junior Mafia and meeting the industry’s biggest stars like Timbaland and Master P.
Although he was coming into his own as a rapper surrounded by the biggest stars in music, Monsta Kodi was young and was submerged in the thuggery. He was unchained and admits that his approach was all wrong in the midst of opportunity. The murders of Anthony “Wolf” Jones and Lamont “Riz” Girdy outside of an Atlanta nightclub after a confrontation devastated Monsta Kodi. His mentor, the person that showed him how to organize and literally took him out the hood and on the road was gone.
“Wolf’s passing was devastating and it made my heart darker. Wolf’s death affected the order in the hood.” “I was young and getting money – wildin’ – not paying attention to the lessons being taught. Back then I felt I was the young cub among the lions. Now I feel like I am the lion among the cubs.”
Deaths and dark times have shaped and molded Monsta Kodi into who he is today. Anthony “Wolf” Jones and Lamont “Riz” Girdy took him off the streets and around the world, but they, along with a long list of other comrades are now gone. These were the g’s, often described as “part angels, part wolf” that placed Monsta Kodi on his path.
This time Monsta Kodi’s path through the industry is that of an artist and this time he is focused and off the sidelines. This time he is in the game and he is on it. Raw and tenacious is his approach in setting his mark in the game. His experiences have made him shun the mainstream industry, he’s is a rebel and his voice will be heard. AND THATS KONG RIGHT THERE !!