JamalTheCreator Showcases Elusive Track ‘All On Me’

Atlanta-bred emcee JamalTheCreator is really putting on for his city. All while being in his teens and achieving milestones like reaching 100k fans, signing with an LA-based management powerhouse, and getting featured on big magazine platforms. His song “Trust Issues” was the first to take off throughout the internet. Many influencers and magazines came across his music from his large YouTube fanbase. This not only caused his name to buzz, but it also brought attention to A&Rs and landed him a signing with Renascent Artistry.

He now brings us new releases from his upcoming project ‘Me Against The World’. One of the featured songs is his single “All On Me”, which he have the honor to premiere on This Is Platinum Hip Hop! Jamal utilizes his melodic storytelling ability over trap-pop beats. 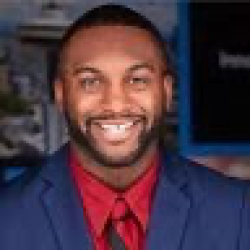 This is a author widget. This widgets helps to get the author information on the sidebar and other places. Add the required information of author.