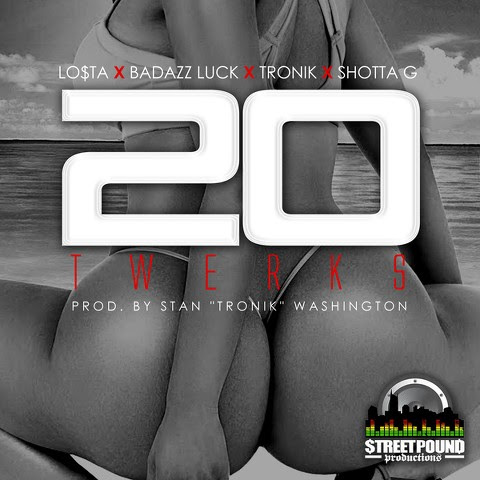 Street Pound Productions core consists of three-BADazz LUCK, Stan “TRONIK” Washington, & Lo$ta. Each brings their own unique talents to anchor a production team like no other. Their backgrounds include history-making concert/event planning and promotions for such artists as Ashanti, 50 cent, Jermaine Dupri, Floetry, Yin Yang Twins, YoungBloodz, and more. Executive and production credits for nationally known artists such as Webbie, Lil Boosie, Hurricane Chris, Fabo, Diamond, Young Buck, Cashvilles Ace, etc. Combined we bring over 15 years of experience and relationships to the game. We could go on about our past accolades…but let’s move on.

BADazz LUCK and Stan “TRONIK” Washington hails from the poverty-stricken streets of East Nashville, TN.  The other member Lo$ta is from the grimy west side of Nashville. LUCK and Lo$ta are songwriters and the rap duo -“Interest’n Muthafukkaz” (IMF’z). TRONIK is a multi-talented Producer, Engineer, and an Artist. With credits, knowledge, and experience so vast that he even builds high-end studios (as well as careers) from the ground up.

Street Pound’s mission is to provide high-quality sound and music with a unique flair that they prefer to call their -“STREET POUND BEATDOWN”! SPP has the capacity to function in multiple realms of the Entertainment industry (Record Label, Music Production, even Film, Movie, and Advertising sound production). They are also an advocate for a host of other artist and producers. K-slicc, Kocapelli, Will Siing, Free Rent, and Harmon – to name a few. Their first single,  TIP’N 2 SLOW feat. DIAMOND (formerly of Crime Mob) achieved major notoriety and chart-topping success for the group. Now they’ve teamed up with Carribean crooner SHOTTA G with their follow-up single – “20 TWERKS”!

This company is on the rise and is poised to explode in every facet of the Music, Movie/Film, and Business industry. When you need MORE than SOUND…Street Pound will  DELIVER THAT “STREET POUND BEATDOWN”!’